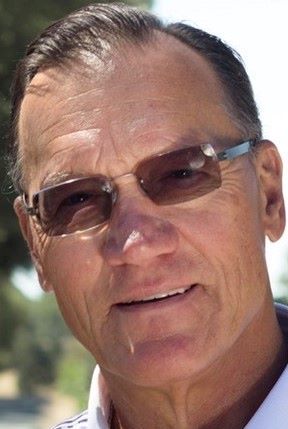 Fred Reno is a well-known wine industry professional with over 40 years of experience and success in all facets of the wine business. In 1979 he entered the retail wine trade in the competitive market of Washington, DC., quickly making his mark. In 1984 he moved into  the winery supplier tier of the business where he proved to be instrumental in building two premier California wine brands: William Hill Winery in 1984, and Sonoma-Cutrer Vineyards beginning in 1988. His innovative marketing and sales strategies resulted in Sonoma-Cutrer becoming recognized as the "most requested" Chardonnay in top restaurants throughout the country.

Fred is the Founder and CEO of The Thomas Jefferson Wine Company based in Charlottesville, Virginia.  Read more about his expertise and consulting services at https://thomasjeffersonwine.com/

Fred has long been an active proponent of  open consumer access to wine and was on the Board of Advisors during the formation of Coalition For Free Trade (CFT), beginning in 1996. CFT was an association of primarily small vintners seeking to break down the alcohol distribution monopolies then prevailing in many states - a system that  discriminated against their wines, marginalizing them in the marketplace and often keeping them out altogether.

THWG was the only wine distributor in the U.S. to belong to--and help fund--the CFT. In 1999 as CEO of Henry Wine Group, Fred was selected Vice-Chair of CFT. He was involved in the legal process that ultimately would result in a landmark 2005 U. S. Supreme Court decision Granholm v. Heald, that opened interstate shipment of wine from producers directly to consumers. It was a major victory for wine producers and consumers alike.

Fred's resultant high profile as a champion of independent vintners was featured in a segment of America's Wine: The Legacy of Prohibition, a documentary film directed by Carla DeLuca. The film is part of the Bancroft Library series and was shown in 2013 as a centerpiece of the Smithsonian Institute's California Food & Wine History Month.

Fred has written extensively on wine issues and has been published in Wines & Vines magazine. He has been quoted in numerous articles over the years about trends and developments in the wine industry. Most recently, Fred's current passion is focused on the remarkable growth of the Virginia wine industry, which is producing wines that rival many of Europe's best, as envisioned by
Thomas Jefferson more than two centuries ago.

“I met Fred in 1982 when he was honing his skills at retail wine in Washington, DC. He soon moved to the west coast and quickly established himself as a guru of luxury marketing and sales. Then he did what no one had thought possible; he and his team built one of the finest, most respected, most profitable American brands and exclusively with a white wine, chardonnay. This had never been done before, nor has it been done since. I would trust any brand in the hands of Fred Reno.”

"Fred Reno has heard it all, seen it all and done it all in the wine business. This book reveals the true inner workings of the alcoholic beverage industry with candor and honesty like never before. you won't look at your glass of Chardonnay the same way ever again."

Founder The Neptune School of Wine

"Fred's sheer guts and courage to challenge powerful, moneyed interests in the alcohol beverage industry to advance the goals of wine craftsmen and consumers is unparalleled.

"Fred Reno is a recognized leader in the wine business. His experience and expertise in brand creation and development, brand launching and distribution management, is without peer. Fred brings a high degree of candor and attention to execution of his projects. I liken him to a colonel in the U.S. Army Special Forces."