The Future of Wine Sales Direct to the Consumer

October 23, 2020/Fine Wine Confidential/Comments Off on The Future of Wine Sales Direct to the Consumer

All of us in the wine business are seeing a dramatic increase in wine sales direct to consumers throughout the country, fueled by the new reality brought on by COVID-19. The big question: Will it continue at this pace? My answer: the continued efforts by the forces (read: WSWA and other such allies) that would like to “put the Genie back in the bottle” and return to their good old days when the consumers had less choice depending on their geographic location means we should not get too comfortable that this is the new normal.

Although many states make it more difficult for wine producers to obtain the licenses needed to conduct business, many direct sellers have managed to meet the new hurdles. Along with the producers themselves, the proliferation of retail merchants and the internet retailers who flood consumers’ inboxes with offers is astounding—if not a nuisance at times.

This reminds me of the now all-but-forgotten fight for free trade in the wine business waged back in the late 1990s and early 2000s. It is a story worth recounting as it was a key moment in wine history in this country. The narrow (5-4) 2005 Granholm v. Heald ruling of the U.S. Supreme Court paved the way towards the break-up of long-standing state-sanctioned private distribution monopolies that greatly restricted wine consumer choice. While the wounded monopolists and their political allies in many states continue to resist the full implementation of this great decision in defense of free trade, the law is, ultimately, on our side.

As CEO of the Henry Wine Group at that time, I am proud that we were the only wine distributor in the country that actively – and financially – fought for the producers’ right to sell directly to the consumer. Naturally, all the disadvantaged wine producers wanted the change, but few were willing to put the time in and, more importantly, the money necessary to forge a new future. It would be informative for the industry to recognize and re-explain that fight, if only to further educate wine consumers on how precious this right is to them. They might also find it interesting to know who the pioneers were that blazed the trail that everyone now enjoys.

However, given the true nature of the wine business that I have become accustomed to I won’t hold my breath waiting. Let’s remember that once the case before the Supreme Court was settled the wine producers reverted to their normal ways and stiffed the legal teams by not paying their bill in full.

With past as prologue, I experienced it myself. After the Granholm v. Heald victory, I led an effort to get the Federal Trade Commission to weigh in on the non- competitive nature of what is commonly referred to as “Franchise Protection” for wine, beer and spirits distributors in close to 50 per cent of the states in the country at the time. What did I get as a thank you? The final bill of course, which I did my best to pay off to the law firm that agreed to work to advance the initiative. All too often, this is the short-sighted advancement that most winery owners and operators have continuously practiced. The reality is simple. It is in their best interest to support the tough fights that remain ahead if they want to see further progress in their ability to bypass the obstacles that restrictive Alcoholic Beverage Laws pose.

Be forewarned: the opposition will not give up. Too much is at stake. They still control most state legislatures and will continue to shovel significant amounts of money into their efforts to roll back the progress we have made.

Fred Reno is an author and wine industry executive with over 40 years’ experience in building wine brands and providing forward looking strategic advice for wine producers in the U.S. and Internationally. You can reach him at fred@finewineconfidential.com or view him at www.thomasjeffersonwine.com 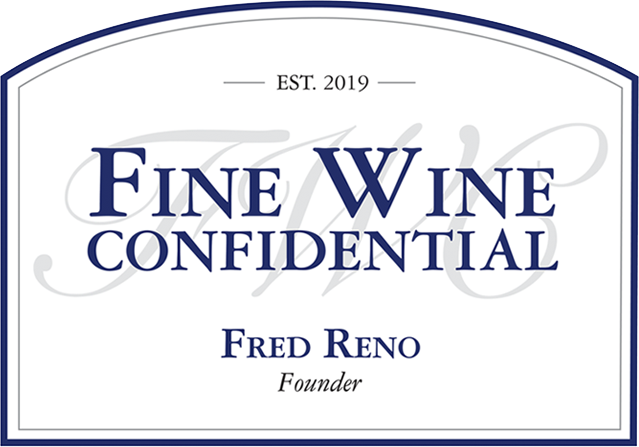